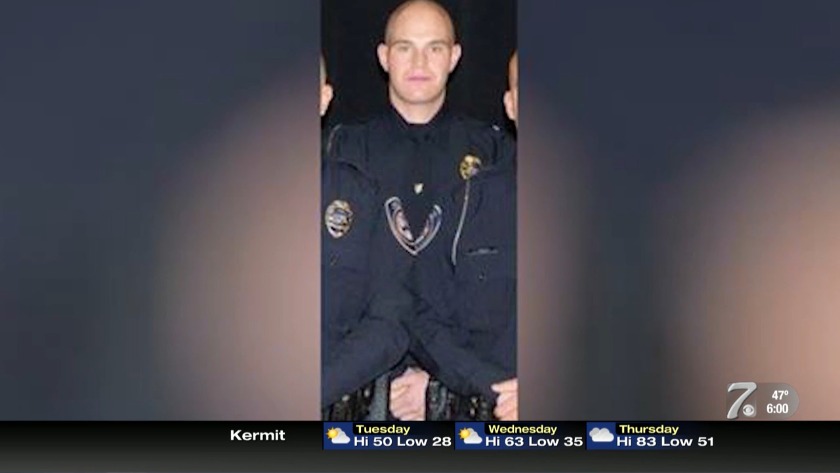 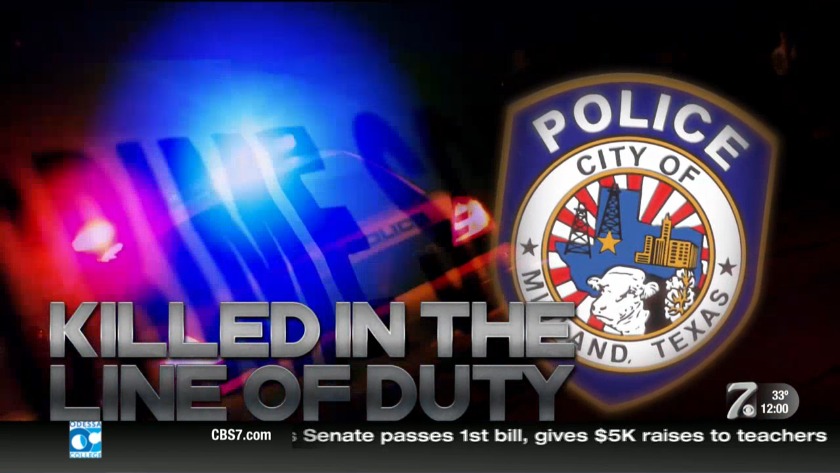 Midland Police Officer Killed in the Line of Duty

Officer Nathan Hayden Heidelberg was responding to an alarm call in North Midland when he was shot and killed. David Charles Wilson has been charged in connection tot he shooting.

David Charles Wilson, 37, has been charged with Manslaughter, a 2nd Degree Felony, in connection to the deadly shooting of Officer Nathan Hayden Heidelberg.

According to an affidavit, Officer Heidelberg and another other responded to a home on Eagle Cove in North Midland just after 1 a.m. for an Alarm call.

When the officers arrived, they walked around the home and reportedly found nothing out of the ordinary until they noticed that the front door was open. Heidelberg notified dispatch about the door.

Two other police officers arrived at the address at the time that Officer Heidelberg announced his presence to anyone who may have been inside of the home.

Shortly after that, another officer on scene heard a shot fired. The officer asked Heidelberg if he was okay, to which Heidelberg responded that he was okay.

That officer then heard another noise and found that Heidelberg had been shot and was lying face down. Life-saving measures were performed until Heidelberg could be taken to Midland Memorial Hospital where he died from his injuries.

The affidavit states that a Texas Ranger interviewed the homeowner, identified as Wilson, who reportedly admitted against his penal interest that he was inside of the home and fired a handgun in Officer Heidelberg's direction.

Authorities reportedly could not find evidence of anyone else firing a gun.

Wilson was then arrested and booked into the Midland County Jail where his bond was set at $75,000. He was released on bail hours later.

"We would like to express our deepest sympathies to Officer Heidelberg's family and the Midland Police Department for the events that lead to his death. We are cooperating with investigators to attempt to learn all the material facts as soon as possible. David Wilson believed that his family was experiencing a home invasion and only fired his weapon to protect his family."

Later that day Officer Heidelberg's body was taken to Tarrant County for an autopsy. Several law enforcement officers escorted his body, and the procession was met by first responders in several cities along I-20.

Midland Police Department Deputy Chief, Michael Hedrick, spoke to our news partners at KDFW after the procession transported Heidelberg to Tarrant County for an autopsy.

The officer described the past 24 hours as a “nightmare,” explaining how the loss of an officer affects the whole police department.

“It’s very painful. It shocks it right through the bone through the core of our system,” Hedrick said.

Officer Heidelberg had served with the Midland Police Department for the past five years and worked as a Field Training Officer.

Midland Mayor Jerry Morales said the city is hurting for the officer’s family and police family.

“We ask this community to most definitely send prayers to the family and Midland Police Department. This is very tragic incident for our city. This is very tough, and this is something we never wish on our community or on our police department,” he said.

Chief of Police Seth Herman released the following statement on the shooting:

"It is with the utmost sorry that we acknowledge the passing of our family member. Officer Nathan Heidelberg, a five-year veteran of the Midland Police Department, represented the best in all of us. He was courageous, selfless, ethical and professional. Nathan treated others with respect, regardless of their demeanor or actions. He was a tireless public servant who devoted every ounce of energy to this profession, the citizens and his fellow officers. We have lost not only a great officer, but a loving brother and the most positive example of what we should all aspire to be. I wish I was more like Nathan."

A memorial service for Heidelberg will be held on Friday, March 8 at 2 p.m. at the First Baptist Church in Midland.

The First Baptist Church is located at 2104 West Louisiana.