FIRST ON CBS7: Official provides comment after county sheriff claims she had migrants in her car and was released by Border Patrol 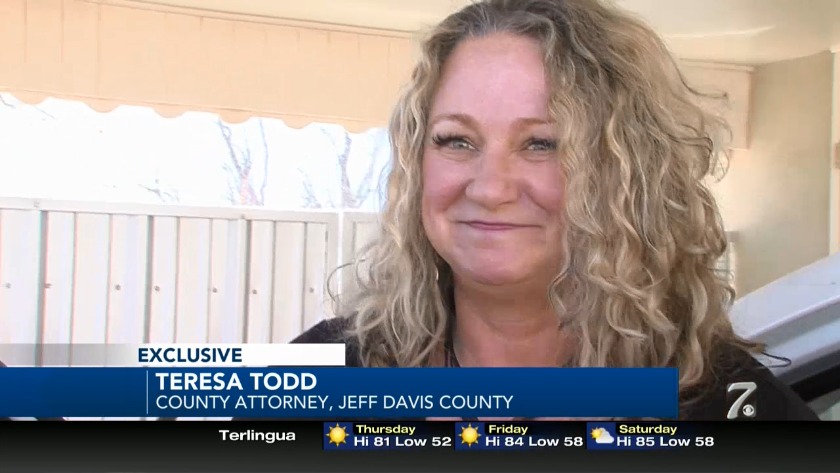 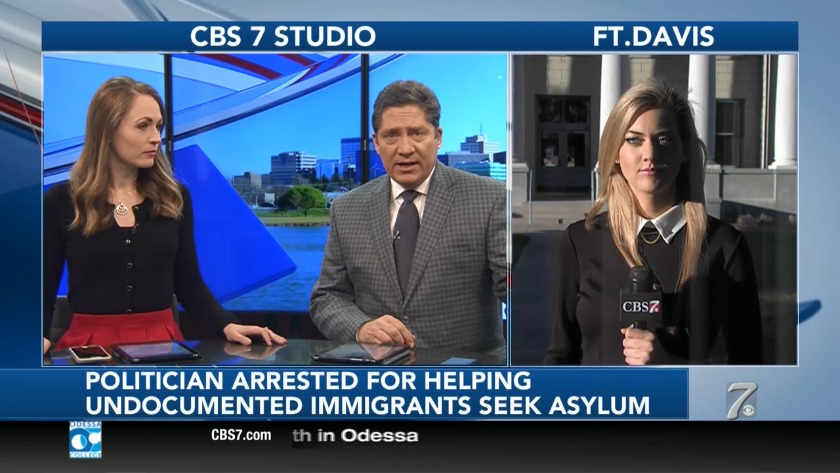 PRESIDIO COUNTY -- This story was updated at 11 p.m. to include quotes from Todd.

A local sheriff says a county attorney was found with migrants in her vehicle only to later be released by the U.S. Border Patrol.

According to Presidio County Sheriff Danny Dominguez, one of his deputies was responding to a call of a person walking along the road near Marfa.

While the deputy did not find the person, he did spot a car nearby that had stopped, but was starting to drive away. The deputy stopped the vehicle and identified the driver as Jeff Davis County Attorney Teresa Todd.

Sheriff Dominguez says that there were three migrants from Guatemala in the car with Todd who were all in the country illegally.

According to Sheriff Dominguez, Todd told the deputy that she had made phone calls to try and give the migrants asylum.

The case was then reported to the U.S. Border Patrol who responded to the scene.

Sheriff Dominguez tells CBS7 that he learned hours later that Todd had been released.

"If you commit a felony, whether you're trying to help the person or not, you can't break the law to help somebody...they need to be held up to high standards," said Sheriff Dominguez in an interview with CBS7, "The prosecution, whether it's state, local, or federal jurisdiction, they can't have double standards for who they are or what they do."

Todd has served as County Attorney for Jeff Davis County since being elected to the position in 2012.

CBS7 has reached out to Jeff Davis County and the U.S. Border Patrol for comment on the case.

CBS7 will continue to update this story as more information becomes available.

-----
Jeff Davis County Attorney Teresa Todd said she was being a Good Samaritan.

"It's a tough time to be a Good Samaritan," she said.

Todd said that she would like to discuss the situation, but is unable to at this time.

"You know, I really wish that I could but there's an ongoing investigation but my attorney has advised me that the most appropriate thing for me to do is to not be giving public interviews right now. But I appreciate y'all coming all the way out, thank you," she said.

Todd made the decision to hire an Alpine-based attorney on Thursday.

"No, not last night, today when this suddenly became a really big deal I realized that I needed counsel so that's when I did it. But no, not at the time because I hadn't done anything wrong," she said.