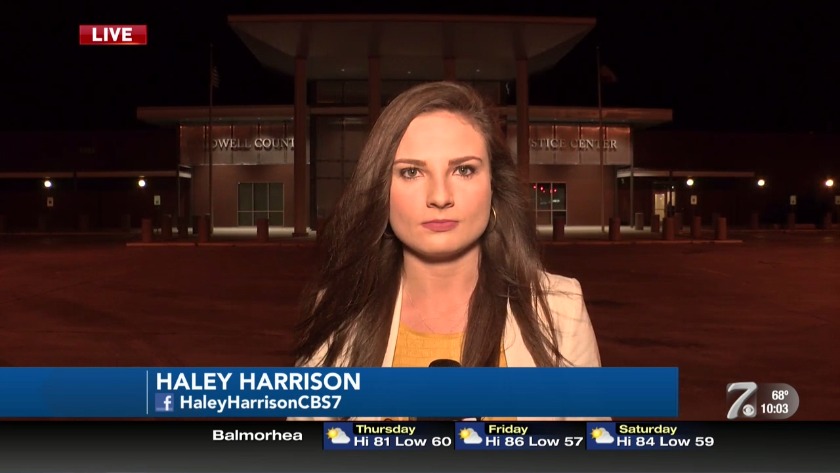 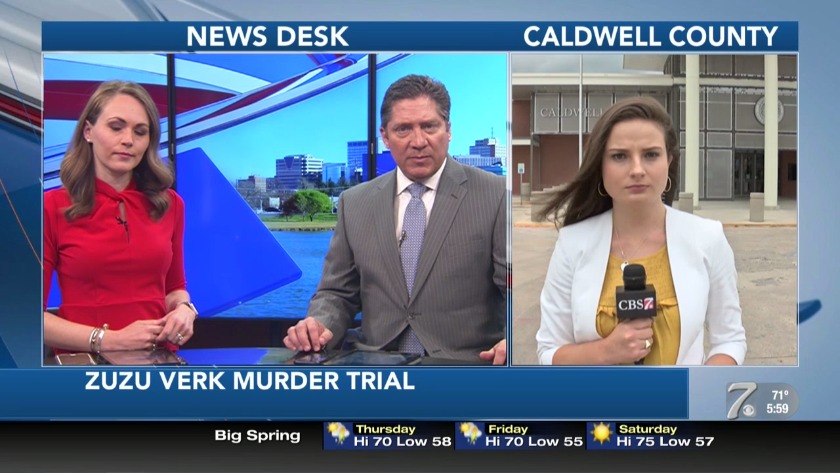 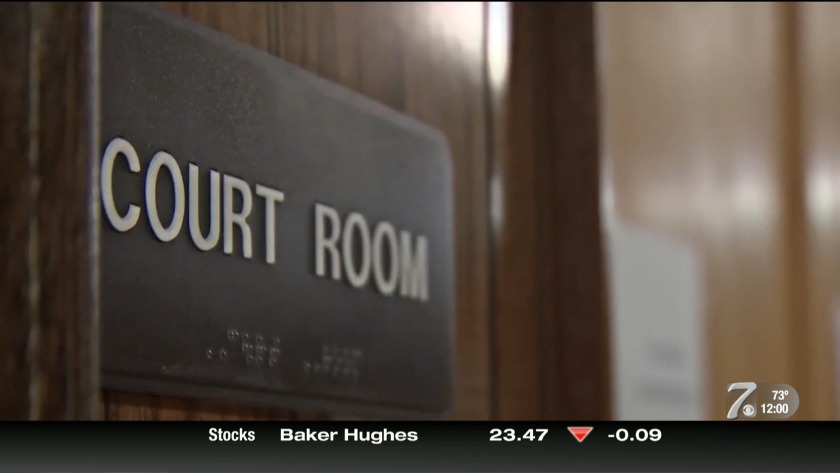 LOCKHART, Tx. (KOSA) -- 6:30 p.m. Thursday Update: The prosecution spent more than half of the day in court on Thursday questioning 30-year-old Chris Estrada, one of Robert Fabians’ best friends from high school.

Estrada told prosecutors that on the night of Tuesday, October 12th, 2016, Fabian told him that he had an argument the night before at his apartment with then-girl friend Zuzu Verk.

Estrada said, “[Fabian] said the fight escalated to being physical," and that he put his hands around Verk’s neck and she started hyperventilating.

Fabian told Estrada that he tried to do CPR, but it didn’t work and that her body was still on the bed in his room under the covers.

Estrada told the jury that Fabian said he was “going into survival mode and didn’t want to get in trouble.”

Then, Estrada said Fabian asked him at least a dozen times that Wednesday night to help him move her body out of the apartment, and that Fabian then drove from Alpine to Estrada's home in Marathon in the early hours of the next morning to ask him for help once more.

Then on Friday of that week, the day Verk was reported missing, Estrada said he snapchatted Fabian to check up on him. He said Fabian did a complete 180 by snapchatting Estrada back saying that “he couldn't believe she was missing.”

Estrada was not the only witness the prosecution called to the stand.

The jury also heard from a former coworker of Fabian, who said he was a clean-cut young man, but testified that he was different after Verk was reported missing.

She added that Fabian admitted to watching a press conference on the search for Verk to see if they had found any body parts, like “an ear or a toe.”

Prosecutors in Robert Fabian's murder trial spent the morning playing a recording of a conversation Fabian had with detectives from the Alpine Police Department. It was the second recorded interview he had done with them and was recorded in October, 2016.

Alpine PD Captain Darrell Losoya was on the stand while the prosecution played the recording. He was in the room during the interview.

In the interview, Fabian told detectives that he had planned a spa day for Verk because she had been complaining that her back hurt. He said he had taken some candles and made a heart shape, then gave her a massage. Afterwards, he said they made out and then "hooked up" and had sex. He said they then ate dessert and then "went at it again."

Afterwards, he told detectives they starting talking about her ex-boyfriend which then led to an argument about "the girlfriend thing."

Fabian said the argument never got physical, he and Verk just yelled at each other.

Prosecutors then highlighted what he told detectives next - that he "truly loved her," which they pointed out to the jury is in past tense.

Investigators then claim they caught Fabian lying. He told them he never left his apartment that night but they told him they had witnesses who saw him driving out of the complex.

They say Fabian backtracked at that point and admitted he did leave to decompress but that Verk left at 3:00 am to take care of her dog.

Verk was a Sull Ross State University student and was reported missing in October 2016. Authorities found her body in a shallow grave the following February outside of Alpine.

Speculation surrounding her whereabouts led to Fabian and his best friend, Chris Estrada.

Shortly after Verk's body was found, the Brewster County Sheriff's Office charged Fabian with murder. Fabian's attorney filed for a change of venue and was eventually granted to Caldwell County.

The Brewster County Sheriff's Office charged Estrada with tampering with physical evidence/corpse and tampering with evidence. He pleaded no contest in April 2018. Estrada will be sentenced at the conclusion of Fabian's trial.

MPD: Woman leads officer on car chase with infant in her lap

FIRST ON CBS7: Three-year-old shot by Midland Police during search, according to father

FIRST ON CBS7: FBI Most Wanted child predator captured; Once thought to be in Midland

MPD: Woman leads officer on car chase with infant in her lap

FIRST ON CBS7: Three-year-old shot by Midland Police during search, according to father

FIRST ON CBS7: FBI Most Wanted child predator captured; Once thought to be in Midland