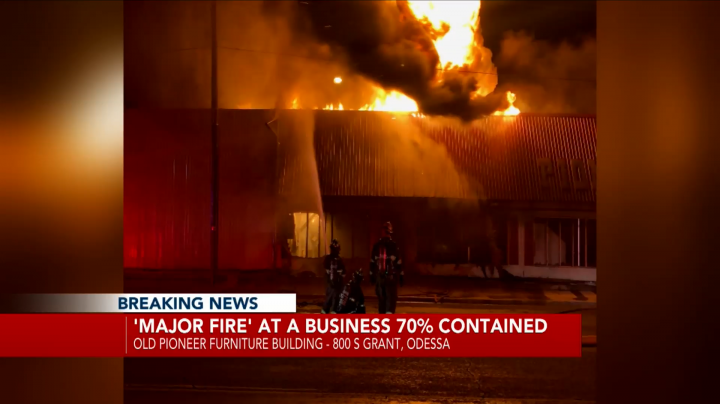 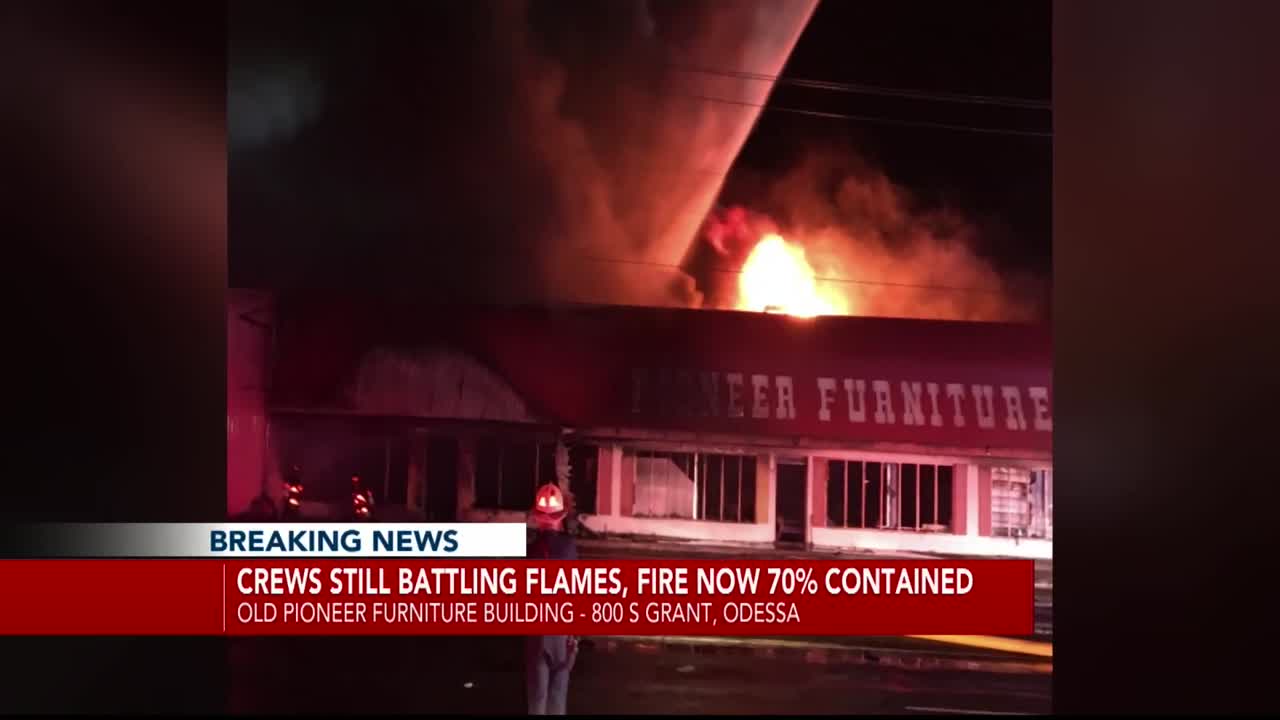 7:30 a.m. Update: The City of Odessa says that the major fire is 70% contained as crews work to get the fire under control.

The blaze broke out at the old Pioneer Furniture building at 800 South Grant at around 3:30 a.m. on Friday.

Police are still blocking all of South Grant from May to Schell Street, find an alternative route.
___

Fire crews are battling a 'major fire' at a business in south Odessa.

The fire is burning at a business in the 800 block of south Grant, both the north and southbound lanes are shut down. You're urged to find an alternative route.

Details are still limited right now, no word on any injuries or what the name of the business is.

This story will be updated as more information is released.