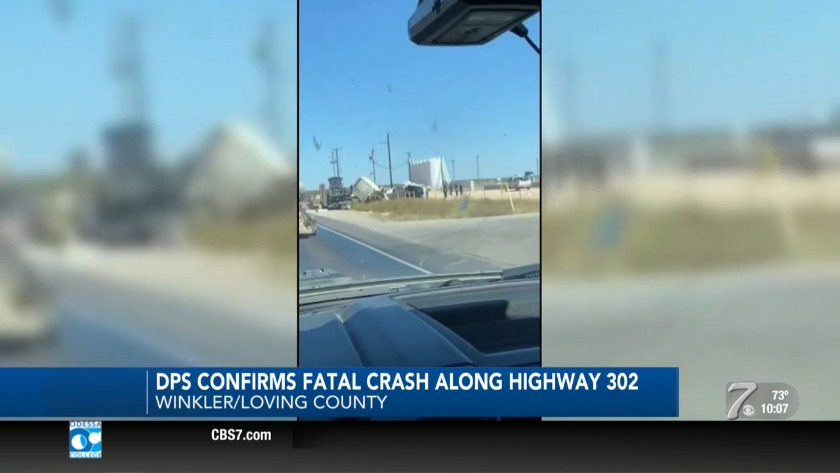 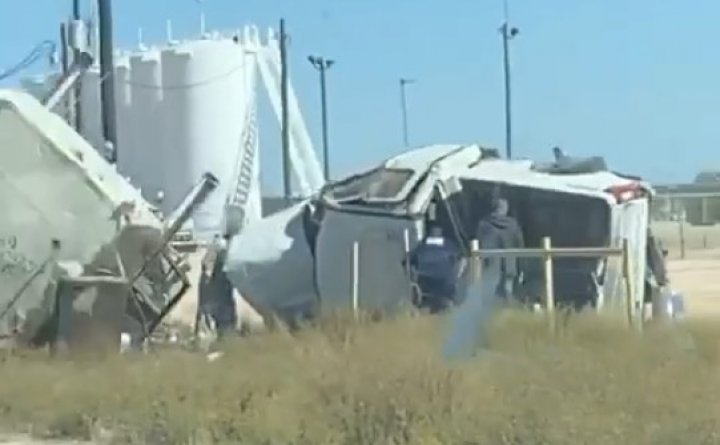 WINKLER/LOVING COUNTY, Tx. (KOSA) -- UPDATE: DPS has identified a woman who was killed in a crash along State Highway 302 on Friday.

The victim has been identified as Sarah Dorman, 21, of Monahans.

According to DPS, their troopers were called out to a crash on SH 302 five miles east of Mentone at 4:10 p.m.

When the troopers arrived at the scene they found a crash involving a Ford F-250 and a semi-truck.

A preliminary investigation of the crash revealed that the semi-truck was traveling west on SH 302 while the F-250 was traveling south on a private road heading towards the highway.

According to DPS, the F-250 failed to yield the right of way and turned onto the highway where it crashed into the semi-truck.

DPS says that both drivers were wearing their seat belts at the time.
___

A crash has shut down part of State Highway 302 on Friday afternoon.

According to TxDOT, the roadway is closed 23 miles west of Kermit.

The closure may last several hours.

No other details on the crash have been released at this time.

DPS is investigating the crash.

Alpine restaurant to give away Easter baskets Sunday

Alpine restaurant to give away Easter baskets Sunday