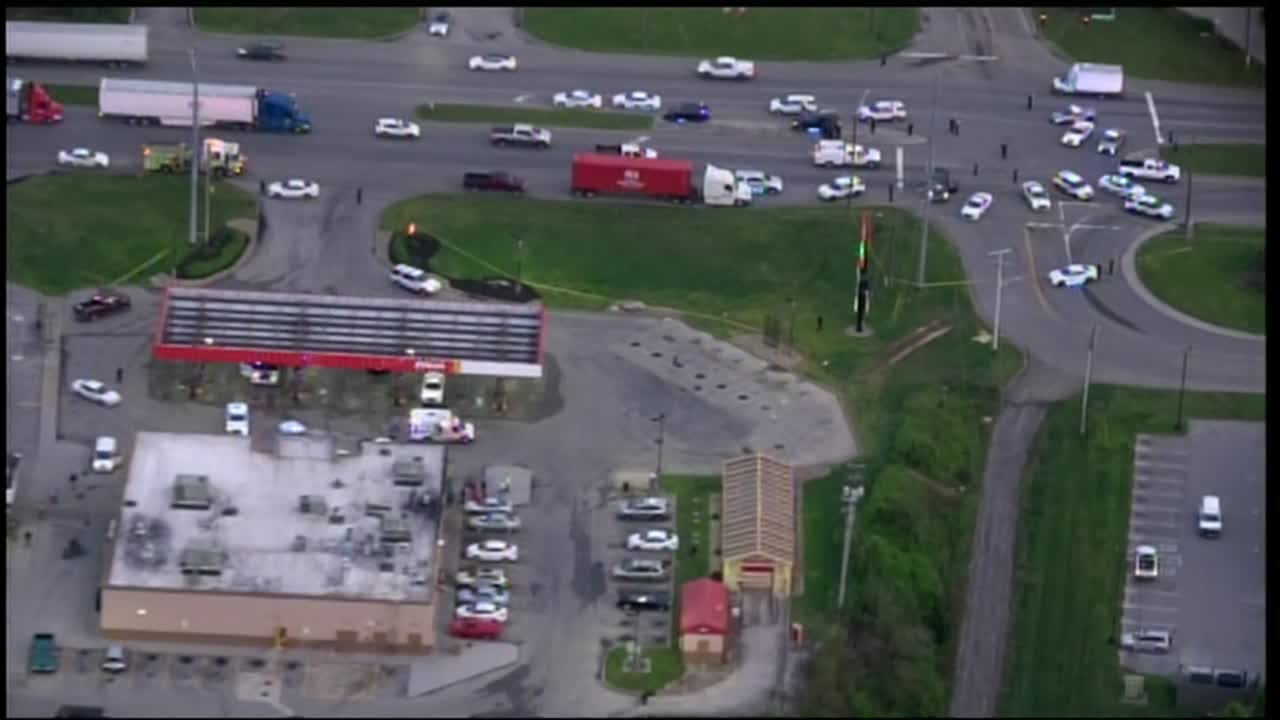 KNOXVILLE, Tenn. (WVLT/Gray News) — Four people are dead after a stabbing and an officer-involved shooting at an East Knox County truck stop.

Four women were stabbed at the Pilot just before 7 a.m.

Three of the victims were pronounced dead at the scene. One was taken to the hospital and their condition remained unknown.

According to the Tennessee Bureau of Investigation, a male suspect was shot and killed by an officer after allegedly refusing to drop a knife he was holding.

The Knox County Sheriff's Office confirmed that no officers were hurt in the incident.

Read the original version of this article at wvlt.tv.

Protesters tear down statue, damage Confederate monument in Ala.

Protesters tear down statue, damage Confederate monument in Ala.